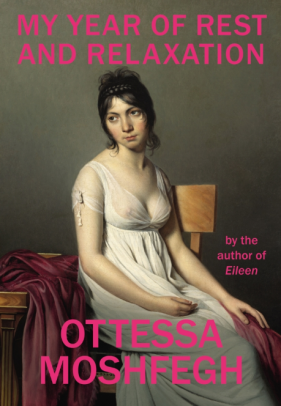 ‘Atlas Entertainment and LuckyChap Entertainment have optioned the film rights to My Year of Rest and Relaxation by PEN Award-winning author Ottessa Moshfegh. The book gets published tomorrow by Penguin. The novel follows a young woman’s efforts to duck the ills of the world by embarking on an extended hibernation with the help of one of the worst psychiatrists in the annals of literature and the battery of medicines she prescribes. No surprise this has been snapped up, one of the hottest talked about books this month.

Roven called the book “a brilliantly humorous, dark and poignant novel, which we are excited to develop into a screenplay. After being lucky enough to work with Margot on Suicide Squad and witness her acting talents first hand, I have also been impressed by the gifted producers she, Tom and Josey have shown themselves to be; this project creates the perfect opportunity to collaborate in that capacity.”

Said Robbie and her LuckyChap cohorts: “We are thrilled to be adapting Ottessa’s incredibly rich and exhilarating novel as we continue to tell unique stories with women at the heart of them. To bring such a troubled, layered and original character to life that we feel audiences haven’t explored before is incredibly exciting. We look forward to collaborating closely with Chuck and the rest of his incredible team at Atlas Entertainment as we continue to grow and align ourselves with some of the best producers in the industry.”

Moshfegh’s previous books include Homesick for Another World, and Eileen, which Scott Rudin is currently developing. She is repped by Bill Clegg and WME. Atlas Entertainment is WME and Bloom Hergott and LuckyChap is represented by Management 360, CAA and attorney Jeff Bernstein.’