‘We’re getting the first look at Daredevil Season 3 in a teaser trailer released Monday by Netflix. It features a bloodied and battered Matt/Daredevil (Charlie Cox) in a confessional where his anger is clear and he says he’s ready to retire his alter ego and say goodbye to the lawyer. There were fears toward the end of Marvel’s The Defenders that Daredevil might not have made it after an entire building fell on him, but he was seen being nursed back to health by nuns in the show’s post-credit tease.

Daredevil is heading to New York Comic Con and is expected to offer a sneak peak of Season 3 to attendees. A Season 3 premiere date is expected in the next weeks, and may be announced at NYCC.

Marvel teased the tweet below last week featuring a wanted poster with a photo of the missing Matt Murdock.’ 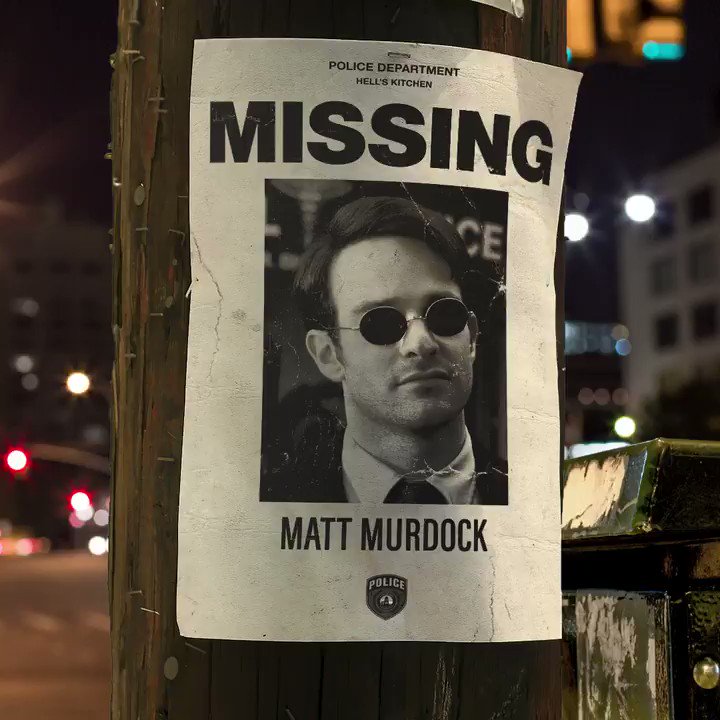