‘Former Grimm star Elizabeth Tulloch is set opposite Tyler Hoechlin as the Man of Steel’s love interest Lois Lane for the CW’s annual epic Arrowverse DC/WBTV crossover, and Cassandra Jean Amell has been tapped to play supervillain Nora Fries. The three-night event kicks off with The Flash on at 8 PM Sunday, December 9, followed by Arrow on at 8 PM December 10 and capping off with Supergirl on December 11. 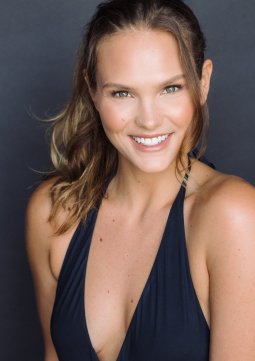 Intrepid journalist Lois Lane has been part of the Superman comic book mythology since the Man of Steel’s first issue was published in the summer of 1938. The character has been portrayed famously in years past by Noel Neill, Margot Kidder, Teri Hatcher, Kate Bosworth and Amy Adams. This week marks the 25th anniversary of the first episode of ABC’s Lois and Clark: The New Adventures of Superman.

Tulloch starred as the female lead for six seasons on NBC’s Grimm. On the feature side, she was recently seen opposite Tim Roth in Chronic which premiered at the Cannes Film Festival. Tulloch’s previous feature credits include Concussion opposite Will Smith and Alec Baldwin, Parkland opposite Paul Giamatti and Billy Bob Thornton, and Oscar-winning The Artist with Jean Dujardin. Tulloch’s additional TV credits include the series lead in Ed Zwick’s NBC drama series Quarterlife, Portlandia, House M.D. and The West Wing. She’s repped by ICM Partners, Luber Roklin Entertainment and Stone, Genow, Smelkinson, Binder & Christopher.

Amell began her career competing on America’s Next Top Model. Her TV credits include guest-starring roles on One Tree Hill and Hart of Dixie on the CW, as well as Mad Men and multiple projects for Anthony Zuiker. Currently she is a partner is Well Fed Artist Productions banner with her husband, Stephen Amell. She’s repped by Smith & Hervey/Grimes Talent Agency, Elevate Entertainment and Play Management (Canada).;