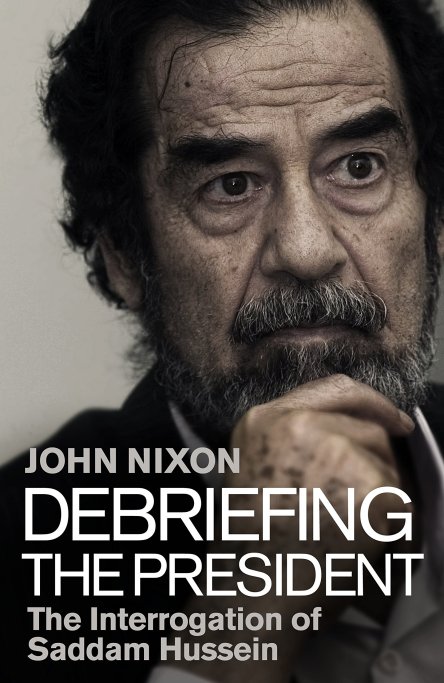 ‘Russian producer Alexander Rodnyansky has set Ziad Doueiri to direct an adaptation of Debriefing the President. Daniel Stiepleman, who scripted the upcoming Ruth Bader Ginsburg drama On the Basis of Sex, will adapt former CIA analyst John Nixon’s non-fiction book about his experience being the first American to identify and interrogate Saddam Hussein following his 2003 capture. The Lebanese-born Doueiri’s The Insult was last year nominated for the Best Foreign Language Oscar. His first film, West Beirut, won the Prix Francois Chalais at Cannes and he also directed The Attack.

Nixon was a senior leadership analyst with the CIA from 1998-2011 who regularly wrote for and briefed those at the most senior levels of the U.S. government and later taught leadership analysis to the new generation of analysts coming at the Sherman Kent School, the agency’s in-house analytic training center.

After confirming the prisoner was indeed the Iraqi strongman — he had a known tribal tattoo on the back of his right hand and a scar from a 1959 bullet wound — Nixon began interrogating Hussein and was surprised by his findings. Instead of a ruthless despot bent on stockpiling weapons of mass destruction, Hussein by 2003 had turned his foreign policy decision-making to his lieutenants, and seemed most interested in finishing the writing of a novel. Hussein didn’t understand why he had become the focus of U.S. ire after 9/11, and Nixon came away in disbelief that America’s intelligence services and the George W. Bush administration had been so wrong in its reasons for plunging the country into the shock-and-awe origins of an Iraqi occupation that still exists today. It highlighted the flaw of the “Axis of Evil” strategy that led the administration to not even engage with governments labeled hostile. His bosses wanted to hear none of it.
“Debriefing the President is written by the first American who got to know the man behind the name Saddam Hussein,” said Rodnyansky. “The moment I finished John’s eye-opening book, I knew I wanted to make this film, and I knew I wanted Ziad to direct it. Ziad Doueiri brings not only his unique talent and vision as a director, but a deep understanding of the story’s historical, cultural and even religious aspects that only someone with his multicultural background can bring to the screen.”

Doueiri said the book “is about dignity and truth. The capture and execution of Saddam Hussein was a pivotal moment in the history of the Middle East and the world, and this film is an opportunity to examine what happened, and why. “

Stiepleman scripted On the Basis of Sex, the Mimi Leder-directed drama that stars Felicity Jones as the young Ruth Bader Ginsburg, when the future Supreme Court Judge argued her first groundbreaking case. Stiepleman is also adapting the Ursula le Guin book Planet of Exile and is producing with Gran Via and LAMF.

“The world is vastly more nuanced than our politics, or most of our movies, would lead us to believe,” Stiepleman said. “John Nixon’s book, like Ziad Doueiri’s movies, challenges us to embrace that complexity.”

Nixon said “this story requires nuanced understanding, dedication to detail, and honesty in order to be told. Ziad and Daniel are just the people to do that.”’

Rodnyansky’s films include the Oscar-nominated films East/West, Leviathan and Loveless and Stalingrad, the historical epic that became one of the highest-grossing Russian films in history. Debriefing the President is the first film to come from Rodnyansky’s new division, AR Content.