‘In what amounts to a re-teaming of Sony Pictures chief Tom Rothman and Arnon Milchan, New Regency has become co-financier of two upcoming Sony films: The Girl in the Spider’s Web, the Fede Alvarez-directed thriller that stars The Crown‘s Claire Foy as Lisbeth Salander and bows in November, and the Greta Gerwig-directed Little Women that stars Emma Watson, Timothee Chalamet, Saoirse Ronan, Laura Dern and Meryl Streep and opens December 25, 2019. 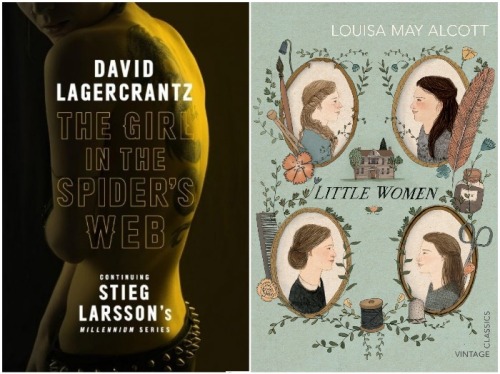 Rothman and Milchan were regular partners back in the former’s days at Fox. The deal with Sony and MGM on Spider’s Web means Milchan’s producer-financier will have a flush of films hitting theaters in November: 20th Century Fox’s Queen biopic Bohemian Rhapsody hits theaters November 2, followed by Spider’s Web on November 9 and then Fox’s Steve McQueen heist thriller Widows on November 16.
New Regency slate also includes Ad Astra, the James Gray-directed sci-fi thriller starring pic, Brad Pitt. That pic, also from Fox as part of its longtime first-look deal (including back when Sony’s Tom Rothman and Stanford Panitch were there), has a January 11, 2019 release date.

“We are excited to be to working with Tom Rothman and Sanford Panitch again and look forward to developing our relationship with Sony with these two impressive projects,” said New Regency chairman Yariv Milchan. “Both The Girl In the Spider’s Web and Little Women embody Regency’s mission to support great filmmakers.”

Spider’s Web, Sony and MGM’s continuation of the Millennium series started with David Fincher’s 2011 U.S. adaptation starring Rooney Mara as Salander, now stars Foy and is directed by the helmer of the Sony genre smash Don’t Breathe, who wrote the script with Jay Basu and Steven Knight. Sylvia Hoeks and Lakeith Stanfield co-star.

“It’s particularly special for me to be working with Arnon and my former colleagues at New Regency on these two films,” said Panitch, Columbia Pictures’ president. “They are dream partners for us at Sony and we are thrilled to be collaborating together on these two amazing projects.”’