‘Ray Nicholson, Will Chase and Kevin Alves have landed series-regular roles in Amazon Studios’ YA pilot Panic, from writer Lauren Oliver based on her best-selling book and producers Joe Roth & Jeff Kirschenbaum. 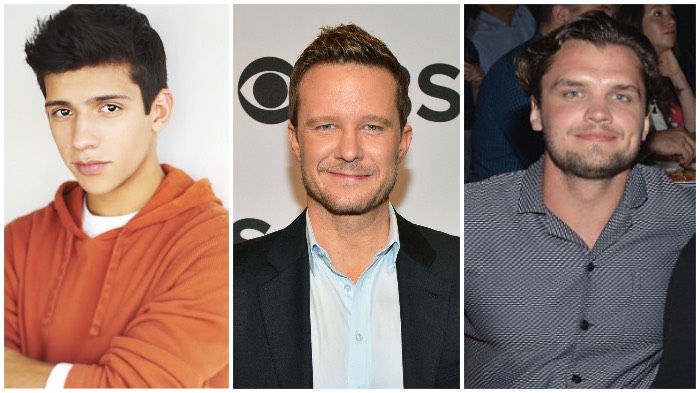 Written and created by Oliver, Panic centers on a forgotten rural town where every year the graduating seniors risk their lives in an illegal, high-stakes game to win life-changing money–and a chance to escape. Anonymous judges force the players through a series of challenges that will compel them to confront their deepest fears – and upend their ideas of who they are, who to trust, and who they might become. This year, 47 players — three of them played by Olivia Welch, Mike Faist and Ashlei Sharpe Chestnut — will compete for the biggest pot ever. All of them will be changed. Only one will win.
Nicholson will play Ray Hanrahan. Big, good-looking and dangerous, Ray is the only kid you’d expect to succeed in a town like Carp: a high school apex predator. He has a long memory and a short fuse. Nicholson’s credits include The Outsiderand the upcoming Now Is Everything. He is repped by by Jake Fleischman at Grandview.

Chase is Sheriff Kean, a man with an intimidating presence who keeps the local kids on edge. He lost his son to the competition and is hellbent on putting an end to the game for good. Chase played Luke Wheeler on Nashville and recently recurred on Stranger Things and Sharp Objects. Next up is a recurring role on NBC’s midseason drama The Village. He is repped by manager Anthony Calamita and Jackoway Austen.

Alves is set as Bishop. Messy and kind of cute with a big heart, he is the best friend of Heather (Welch). Bishop has more of a chance than anyone to escape Carp but appreciates where he’s at in life at the moment — especially now that he’s done with high school forever. He would support Heather and Natalie (Chestnut) no matter what but is very worried when both join the competition, Akves, who recently recurred as Bat on Shadowhunters and guested on Chicago Fire and Saving Hope, is repped by Connekt Creative Agency and D2 Management.’