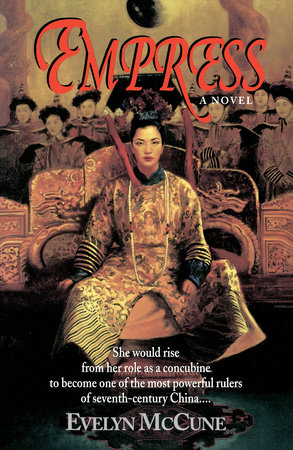 ‘Larry Namer’s Metan Entertainment and Entree Pictures are to produce an English-language movie about 7th century Chinese Empress Wu. The film is an adaptation of the novel “Empress” by Evelyn McCune, with a screenplay by Ron Bass (“Rain Man,” “The Joy Luck Club”).

The film will feature an American and Canadian Chinese cast, and cameos from top China-born actors and actresses. Pre-production is set to begin in May 2019, with director and key cast members to be announced.

“The story has been told in China many times, but this marks the first time it will be told through an international viewpoint. Unlike traditional Chinese depictions, she is not out for power. Rather, she is an intellectual modern woman who is trying to find her equal,” said Choi Joon-hwan, former president of CJ E&M America and founder of Entree. “In most portrayals, she is a power hungry brutal woman. This version represents her in an entirely new light, showing her intense passion for knowledge, the arts and romance. This is a character drama that shows a side that inspired the Golden Age of China.”
“It has been an extraordinary delight to tell the story of Wu Jao, the woman who rises from a beautiful young courtesan, to the indispensable partner of the most powerful ruler in the world, then to the power behind the throne.. And finally, to wear the yellow robe of Empress, the only woman in the thousands of years of Chinese history to do so” said Bass. “What a thrilling opportunity in this day when women around the world are at last coming to the roles in public life they deserve.”

“The recent success of ‘Crazy Rich Asians’ has opened up everyone’s mind to the fact that diversity in filmmaking is a wise thing to do, not just creatively, but it’s simply good business,” said Namer, who was co-founder of E! Entertainment and it currently president/CEO, Metan Global Entertainment.’